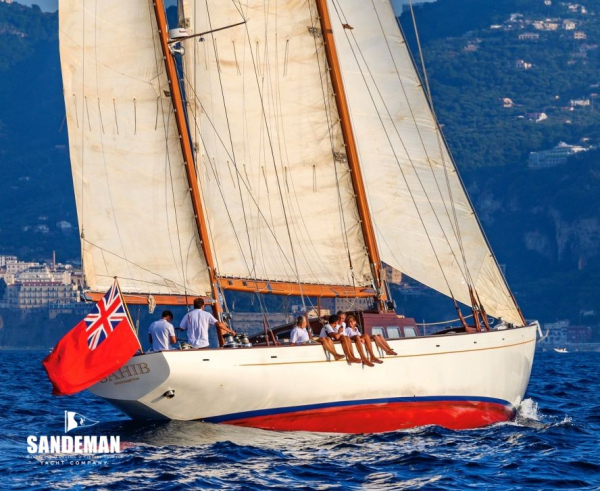 From the 1940s into the early 1990s, together with a band of impeccable artisans, the Sangermani family at Lavagna near Genoa was responsible for a stream of excellence in boat designing and building of the highest quality imaginable. At launching, SAHIB was the second largest yacht they’d built, and may reasonably be considered the cruiser-racer prototype for the 1965 Fastnet Race winner and record holder GITANA IV. Rescued from an ignominious fate and restored magnificently under present ownership, SAHIB is a dream ship in every sense: ready for stylish adventures with family and friends.