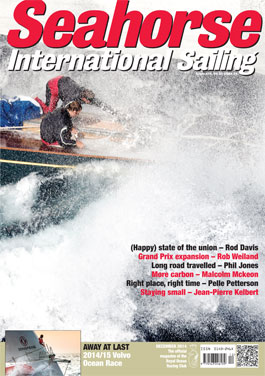 The man who launched an industry
Car and yacht designer, fashion entrepreneur, Olympic sailor and a Star World Champion, PELLE PETTERSON looks back across a remarkable career with ØYVIND BORDAL

Rod Davis
And an upbeat State of the Union address