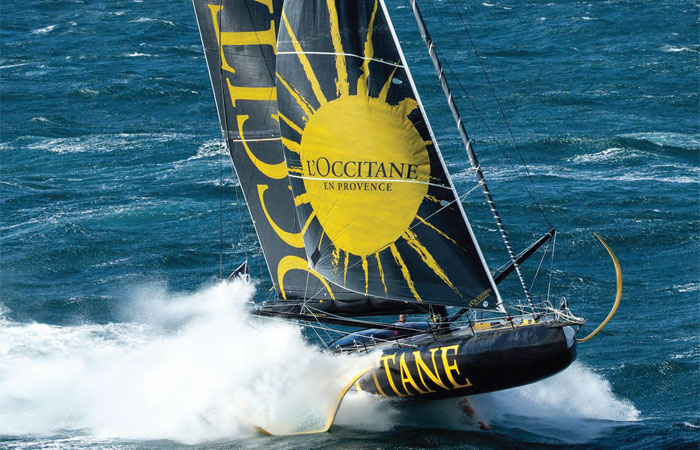 David Raison invented the modern scow with his Mini Transat-winner Magnum. He launched his pioneering Mini 6.50 design in 2010 and after 18 months of hard development he used the boat to dominate the 2011 Mini Transat, regularly sailing 3-4kt faster than his rivals. Now Raison is pursuing a new interpretation of the scow for the Imocas with a pair of designs for Jean Le Cam and Eric Bellion for the 2024 Vendée Globe

Our philosophy: do better with less
David Raison, born in 1972 in Saint- Nazaire, became famous in the sailing community by introducing the scow concept into ocean racing yacht design: a wide hull at the front with a round bow that revolutionised the Mini class when it first appeared properly in 2010. At the helm of the Scow Magnum, which he designed and built himself, the engineer who graduated in hydrodynamics and naval engineering in 1995 from the prestigious Ecole Centrale, then hit the headlines by winning the 2011 Mini Transat on his innovative boat.