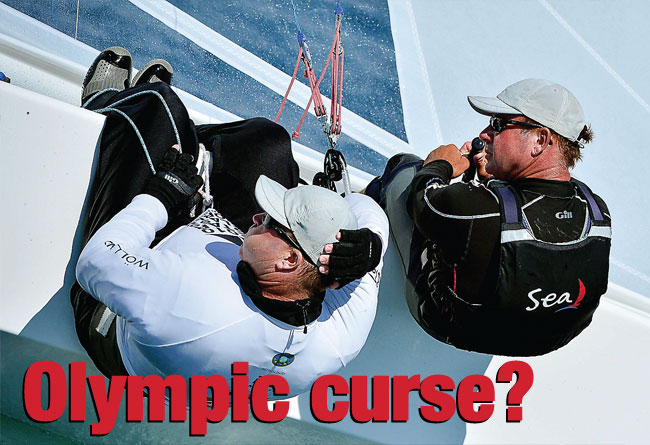 Surviving after the Olympic circus moves on

Olympic status brings with it prestige, investment and some of the finest sailors from all corners of the globe. But after the Games are over, the medals are handed out and the flame extinguished, what comes next? What happens to a class when the Olympic dream ends?

Rio 2016 will mark the first appearance of the women’s 49erFX skiff and the return of the multihull in the form of the Nacra 17, but it will also be the first modern Olympic Games without a keelboat. After 18 Olympiads the axe has finally fallen on the Star.

When it was announced that the Star was not to compete there was outrage from many corners of the sailing community and dire predictions that deselection from the Olympic roster was a precursor to the death of the class; the Olympic curse, some called it.

But from the earliest dinghies to grace the Olympic stage to more recent classes, the facts don’t seem to support the idea that losing Olympic status must mark the beginning of the end. For every Snowbird that has long since sailed into history or the Europe lady’s singlehander that has indeed suffered from losing its spot, there are classes for which their Olympic inclusion is just a footnote.

Many ex-Olympic dinghy classes remain strong, either regionally or internationally. The International 12 Foot, Olympia Jolle (O Jolle), Firefly and Flying Dutchman (FD) are still widely enjoyed. The International 12 Foot is still sailed in mainland Europe. The O Jolle still has enthusiastic fleets and is one of the largest classes in Germany and the Netherlands. The Firefly, meanwhile, which celebrates its 70th anniversary this year during the Olympic Games, shows no sign of losing its status as the perennial favourite of universities and team racing clubs in Britain, Ireland and North America. Meanwhile, the magnificent FD – which will always stand as the first racing dinghy to plane upwind – remains one of the favoured classes for top sailors without Olympic aspirations.

Keelboats too seem largely exempt from the curse. The Soling and Yngling never enjoyed massive fleets in their Olympic heyday but continue to attract modest numbers after slipping out of the five rings. The Tempest was also less than popular as an Olympic class, demanding a very tall and heavy crew to be competitive; it has largely faded away outside the Games.

However, the elegant Dragon, a favourite with royalty, is sailed more widely now than was ever the case with Olympic status. The class still claims an average of 45 new boats registered every year, equivalent to two in almost all of the 26 countries with active fleets.

Even the sole multihull in the ranks of former Olympic classes, the Tornado, has suffered relatively little fallout from deselection. The formidable and elegant speed-machine still commands good turnouts at major events, helped by the competitive longevity of the best boats developed for the Olympic cauldron. In fact, only the windsurf equipment seems to regularly fall foul of the ‘curse’, but the decline of ex-Olympic board classes is little different from other board classes that have passed their sell-by dates.

So where did the rumour of a blight on these classes originate? Well, there are a few factors that may have contributed. In days gone by classes were often commissioned to fit a specific set of criteria for use at the Olympic Regatta and fleets would be artificially inflated in the run-up to the Games, only to fall away afterwards.

Then there is the fact that once a class is selected, development intensity then increases rapidly, marginalising the average sailor who can’t train every day and who seeks more value and longevity from their kit. Thirdly, once a boat is selected for the Olympics the influx of top talent causes the level of competition to escalate so that the average weekend warrior no longer stands a chance and becomes disenchanted.

Today the boats chosen for the Olympics tend to be established classes. They have been able to learn from the past and balance investment in performance with initiatives to improve grassroots participation; progressively updating themselves to keep up with the times without leaving the Corinthian majority behind.

So far the dire predictions of three years ago for the Star have failed to come true and probably for exactly these reasons. The Star was strong before being included in the Games, remained strong in between losing Olympic status in 1972 and regaining it in 1976, and it has stayed strong since leaving the Olympic arena for a second time in 2012. The success of the Star Sailors’ League (SSL) shows how class members worked vigorously to boost interest during the immediate post-Games period. Boats supplied by the organisers – avoiding the Olympic arms race which earned the Star a reputation for unaffordability – and smart use of media to promote the class bring in sponsors and attract new members at all levels.

In parallel with the SSL, major Star regattas are all reporting a revival in entry numbers with top names like Torben Grael and Paul Cayard coming back into the fleet where they first made their names.

So the most recent and most high-profile casualty of the Olympic axe continues to thrive. Once again quality prevails.