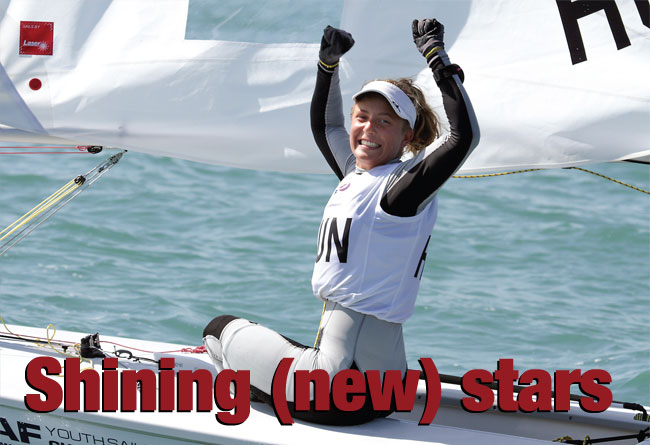 Seahorse readers will know that in the July 2015 issue we wrote about World Sailing’s training and development department in an article entitled ‘Helping to bring the (whole) world up to speed’. We outlined our Emerging Nations’ Program (ENP) in which we aim to increase participation and bridge the gap between underdeveloped and developed nations. The 2015 Youth Sailing World Championships in Langkawi, Malaysia gave us as an organisation the opportunity to measure the success of the programme’s first full year.

Participation and performance are two great measurement yardsticks. When we look at the participation, this was the most successful Youth World Championship to date, with 425 sailors from 76 nations attending to set a new record in Malaysia. The previous best was 67 nations at the 2014 edition in Tavira, Portugal.

And these numbers could have been even higher. The well-documented withdrawal of the Israeli windsurfing team was an example of potential extra participants; such political problems are now felt by many sports and this one obviously turned into a major disappointment for sailing (to minimise chances of a repeat occurrence, World Sailing made immediate changes to its event-hosting requirements).

Much of the reason for the high participation numbers seen in Langkawi was attributable to the opportunity for emerging nations to apply for supplementary funding from World Sailing to help get their athletes to the regatta. This direct support was available to any of the attendees at the five emerging nation development camps that are held throughout the world… in 2015 taking place in Fiji, Hungary, Mozambique, Antigua and Malaysia.

The extra funding that World Sailing made available enabled Member National Authorities (MNAs) to send their young talent to a world championship event and give them some much needed highlevel competition, along with the chance to measure their progression. A great example of this was ENP graduate Ecuador’s Matias Dyck, who placed 30th in 2014 in the Laser Radial, but moved up to 11th in Malaysia with the help of these clinics.

The sailors always focus on the weather conditions and again this proved to be a success. All the pre-event talk was that Langkawi would be a light wind venue but, in predictably unpredictable fashion, instead offered superb conditions with wind in the high teens and sometimes into the 20s. With that added to the warm waters, the hungry young athletes couldn’t have been happier.

The individual class results saw medals well spread through the nations taking part. The unique trophy awarded at this multi-class event is the Nations Cup – for the best performing national team, Australia proving themselves the best on this occasion. The Australian performance was spearheaded by Laser Radial sailor Alistair Young, who had won his gold medal before the final race…

One of the incredible benefits of an event such as this is the opportunity for these young sailors to meet, learn and embrace the different cultures of the athletes. The opening and closing ceremonies in Malaysia were colourful and proud occasions for these young sportsmen and women, as well as a chance to make the lifelong friendships that characterise our sport.

This fine spirit was evident throughout the competition, both on and off the water. There is probably no better example than the winner of the Bengt Julin trophy, the person or team who has best displayed the ‘spirit of competition’, as voted for by the sailors themselves. The 2015 Bengt Julin trophy winner was Hungary’s Maria Erdi; Erdi was also the winner of the Girls’ Laser Radial and, guess what, she was also a graduate of the Hungary ENP clinic.

Clearly something is working.