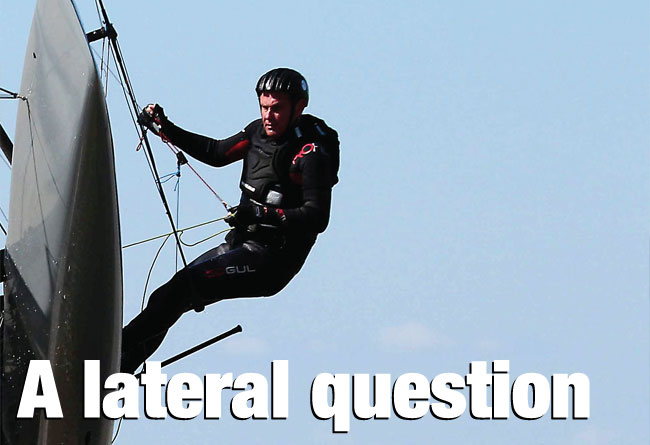 In part one of Dynamic Stability (Seahorse August 2015) we looked at the math - ematical modelling that led to the development of the Exocet design of International Moth, and why the Anglo-Australian design team of Kevin Ellway and Alan Smith believe the sailing world could benefit from a more scientific approach to the design of foiling yachts.

While there has been a major investment in the design of sails, hulls and foils it appears that stability aspects have largely been overlooked. VPP modelling addresses the static balance of forces and moments but, according to Smith and Ellway, not the dynamics. To study the dynamics, more sophisticated mathemat - ical models are necessary – akin to the aerospace approach to the design of unmanned flight vehicles.

Ellway is surprised that so many of the new foiling craft have followed the technology developed for the 2013 America’s Cup, where the Kiwis designed a workaround to a rule that had been specifically written to prevent hydrofoiling. By lift decreases. But the suction on the windward side of the vertical strut is still acting to increase lift. This means we have two components that are fighting one another.’ Ellway says the result is a foil system that has the following characteristics:

2. The change in lift with height becomes sufficient for stable flight only when the boat is very high and making large leeway angles. In these circumstances the foil drag increases and the foil becomes inefficient.