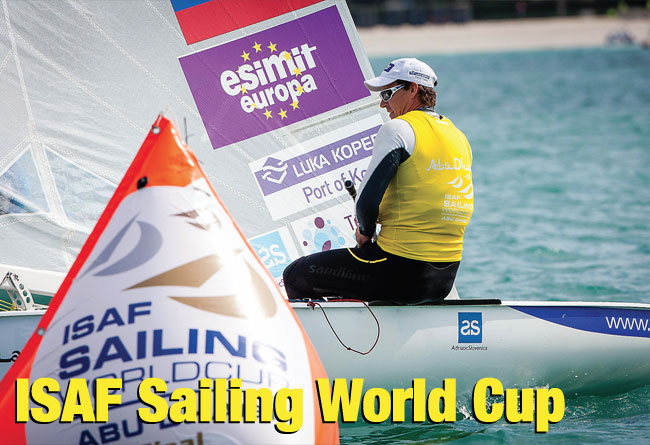 And it’s a warm welcome back to these pages, with the first edition of our newest column penned by ISAF President CARLO CROCE

At the end of 2014 ISAF brought the dream of an ISAF Sailing World Cup Final to light with star-studded fleets in Abu Dhabi in the United Arab Emirates. ISAF Rolex World Sailors of the Year, Olympic and world champions and high-flying competitors made up elite-level fleets to create a pinnacle competition like no other. The ISAF Sailing World Cup Final was the culmination of work that commenced once the current ISAF executive committee was installed in November 2012, but it was only the start of a longterm goal.

When the current ISAF executive committee re-evaluated the ISAF Sailing World Cup we established clear goals. We would create an annual series of events around the globe to promote the sport and elite sailors in between the Olympic Games; through links with other local events in the build-up, this would encourage greater participation.

We would provide these elite sailors with an Olympic-lookalike competition – while also providing ISAF and sailors with an event that we can employ to promote the sport to the International Olympic Committee, also making it more attractive to sponsors, a worldwide television audience and local spectators. The 2015 ISAF Sailing World Cup series is the first that features these clear goals implemented through five rounds for all 10 Olympic events and including, in some venues, Formula Kite and Paralympic Class racing. Events in Australia, USA, France, Great Britain and China ensure that this is a truly global regatta programme, before the climax of the series at the ISAF Sailing World Cup Final in Abu Dhabi.

The ISAF Sailing World Cup Hyères is the next step in the series with competition taking place from 20 to 26 April on the French Riviera. The top 30 sailors across all the Olympic fleets have confirmed their attendance and the final 10 spots will be decided at the Trofeo Princesa Sofía Regatta, the qualification regatta for World Cup Hyères, in Mallorca, Spain.

Event preparations indicate this could be one of the most competitive regattas ever witnessed with a worldwide audience expected to tune in via ISAF’s various media channels, including live broadcasting, innovative 2D and 3D tracking, full results service, online communications and social media.

Update – Paralympic Games
On 3 February 2015 the International Paralympic Committee announced that sailing will not be included in the Tokyo 2020 Paralympic Games following a review of the Paralympic Programme. ISAF and the whole sailing community are profoundly disappointed by this decision. 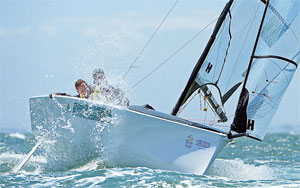 Following the IPC decision the ISAF executive conducted a review of the February announcement. As a result the executive will now lead and take full responsibility for future discussions with IPC regarding the inclusion of sailing in future Paralympic Games. As ISAF President I will lead this endeavour and I am fully committed to working closely and directly with IPC to reinstate sailing as a sport at the first possible opportunity.

While ISAF are doing what they can to achieve the reinstatement of sailing as soon as possible, the support of the wider international sailing community, including sailors, Member National Authorities (MNAs) and classes will be critical to the success of this endeavour. This community has already been asked to write letters of support for disabled sailing to be reinstated for Tokyo 2020. This personal lobbying plus overwhelming support from the sailing community will be presented to the IPC at a meeting in April.

ISAF will also be focusing on delivering a programme similar to that of the ISAF Emerging Nations Programme. Through a programme of this nature performance clinics can be held to enable MNAs to send a fixed number of disabled sailors, coaches and MNA representatives to participate in a week-long programme. Through such practical and theoretical training all MNAs will in the future be better supported to set up and maintain their own Paralympic development pathways.

As a result of these various ISAF development programmes, worldwide participation initiatives and new event structures, the opportunities for disabled sailing are now better than ever before.
Carlo Croce, ISAF President