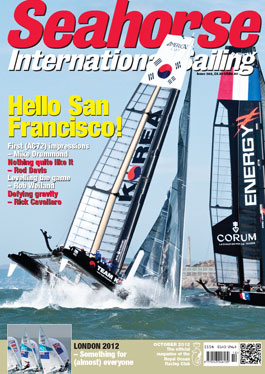 SuperSeries – It can be done!
ROB WEILAND and his team have worked hard to produce a satisfactory way to allow existing and brand new 52-footers to compete equally

ORC column
And a victim of their own success…

RORC news – Duty of care
Ker 40s to the fore yet again (and this time it is in the light). EDDIE WARDEN OWEN

Seahorse build table – All carbon, all business
BRUCE BECA is finishing off two of the latest fast trimarans from designer IAN FARRIER