The great divide – Part I 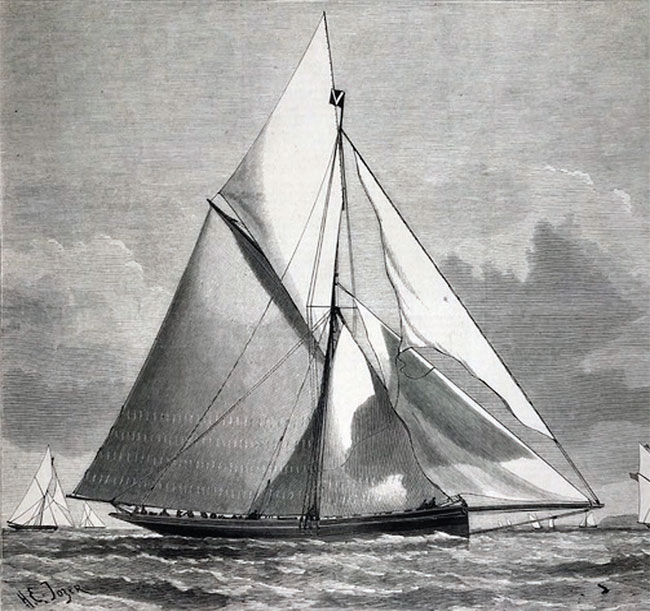 As the ‘Wee Krankie’ fights to take Bonnie Scotland out of the Union let’s remember that a lack of seeing eye to eye is not new between the two sides of Hadrian’s magnificent wall. And that sporadic fractiousness certainly takes in the sporting arena… not least the aggressive rivalry seen between the great Scottish racing yacht owners of the late 19th century and their perceived softer English rivals to the south. Claire McComb writes of the opening salvos….

Bombshell
In 1880 a bombshell hit the English yachting scene – and it came straight from Scotland. Into the comfortable procession of southern regattas, one following on smoothly from another, crashed a dynamic new vessel that blew any opposition out of the water. This was the Vanduara, brainchild of the formidable George Lennox Watson, who had been steadily making his name in much smaller but equally successful craft ever since setting himself up in business in Glasgow in late 1873.