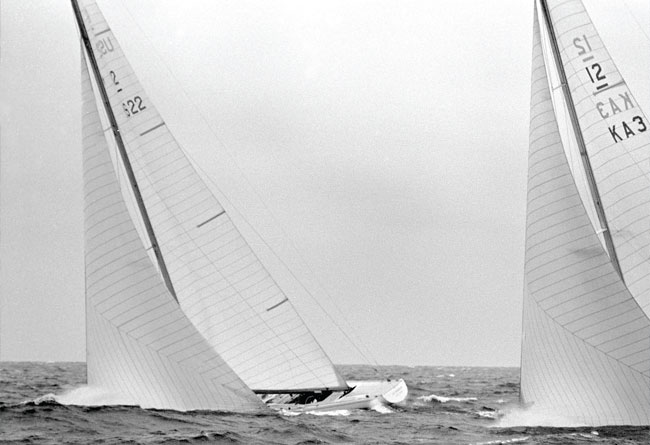 It’s 1958 and the J Class has been gone for over 20 years. In the second part of a personal look at the heritage and modern history of the America’s Cup Eric Hall remembers his first flirtings with the new bright young thing … the 12-Metre

The 12-Metre era was the beginning of a long family association with the America’s Cup. It began with my father, who was good friends with designers Rod and Olin Stephens and Jim McCurdy who, at Phil Rhodes Yacht Design, was working on the designs for Weatherly for the 1958 challenge. My older brother Ned crewed on two successful defences: 1962 as bowman on Weatherly and as port tailer on Intrepid in 1967. My own America’s Cup summer was in 1970 as project engineer on the Britt Chance redesigned Intrepid.