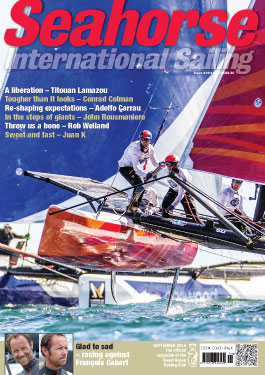 The one great yachting improvement – Part 1
A truce between Cup contenders? JOHN ROUSMANIERE on the birth of the Marconi rig

Nowhere to hide
Why Rio presents a particular challenge for the obvious favourites. ANDY RICE

The Vendée Globe was a liberation
Not long to go to the 2016 edition… JOCELYN BLERIOT sits down with the winner of the very first Vendée Globe, TITOUAN LAMAZOU

The other side of the coin
COLMAN COLMAN will be racing this year’s Vendée Globe but not on a mega budget. The ‘other’ story makes for an interesting read

Paul Cayard
Stop the carping and get out your checkbook