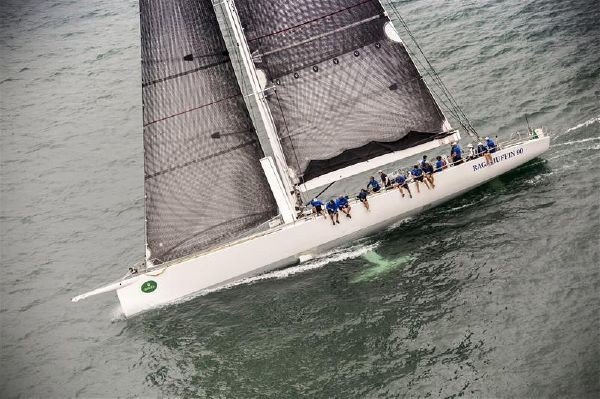 RAGAMUFFIN 90 is now on the market and our latest central listing. Built as GENUINE RISK in 2004, and competing world wide from Sardinia to Hawaii, GR always was at the front of the fleet. Under her second owner, she won both the 2010 Newport to Bermuda race, and the overall prize for the 2011 811 mile Fort Lauderdale to Montego Bay race, and the overall win at Antigua sailing week both under Csa and IRC leaving no question that she was still one of the fastest maxi boats sailing . In late 2011, her present owner bought her and shipped her to Asia where she has had a complete refit with her transom extended, her forward rudder removed and new dagger boards installed. Along with all new sails in 2014, she has dominated the races she has competed in, being first to finish and breaking several long standing race records through out Asia. She has two support containers full of extra gear, and there is nothing that this boat needs in order to keep on winning for many years to come. Call us to be sent her full package and more photos. 90' McConaghy Custom Racer Year: 2004 Current Price: US$ 850,000 Located in Philippines Hull Material: Composite Engine/Fuel Type: Single diesel YW# 74667-2841831