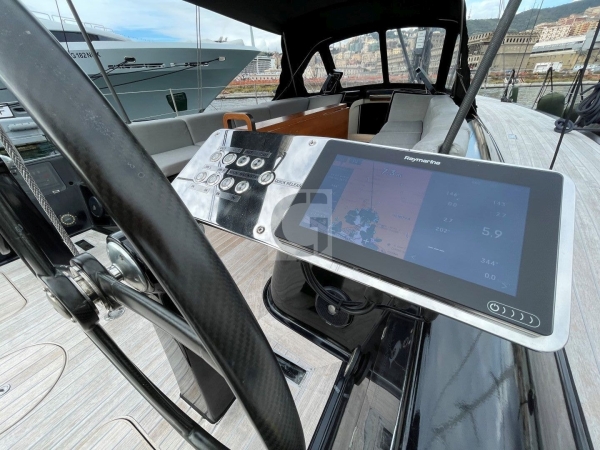 Launched in late 2004 as number three in a series of five semi-custom high performance cruisers, MEGA, formerly named CHARIS has been since been extensively refitted. Whilst she is undoubtedly not short in the looks and style department, she is also a highly competitive cruiser racer, scoring 3rd in the Mini-Maxi Worlds in 2010. Currently configured for effortless short-handed fast cruising, she boasts an extremely high specification including:-

MEGA is now under just her second ownership and is back in the market as the owner is ready for his next project.