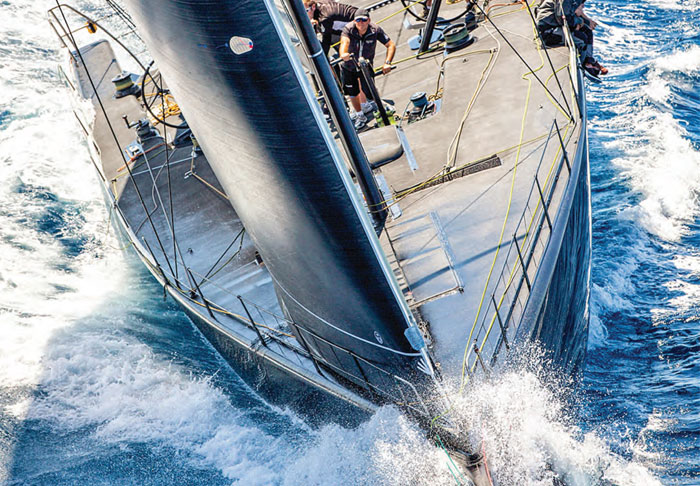 The last golden decade of IOR racing was also the setting for a head-to-head battle between two designers: Farr Yacht Design in Annapolis and their rivals Judel/Vrolijk in Bremerhaven. There were the other interlopers including Niels Jeppesen and Laurie Davidson, but at the end of the day you would usually find one of the two big hitters at the top of the scoreboard. Rolf Vrolijk himself would often be seen racing on his firm’s creations, being a great believer in full-scale learning. He talked to Detlef Jens about his studio’s remarkable journey from the Admiral’s Cup to the America’s Cup and from there to performance Superyachts

The beginnings of Judel/Vrolijk Design, officially named ‘Judel/Vrolijk & Co design + engineering GmbH’, are way back in the dim and distant past. ‘We can’t pinpoint a specific date for the start of the company,’ says Rolf Vrolijk himself. ‘But it must have been more or less 50 years ago.’ Friedrich ‘Fietje’ Judel adds: ‘We designed the first couple of boats for fun. And then it all just happened…’