(Very) steady as she goes 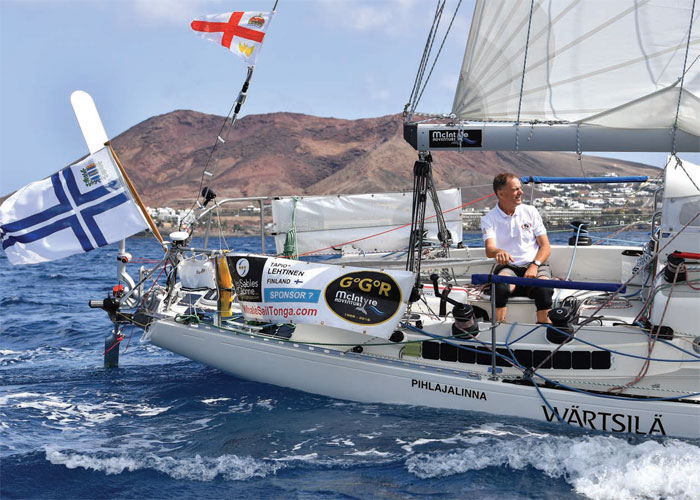 Britain’s Simon Curwen was the first sailor to cross the starting line of the second edition of the Golden Globe Race in front of Les Sables d’Olonne Harbour, followed shortly afterwards by France’s Damien Guillou on PRB, later joined by Kirsten Neuschäfer from South Africa. The same trio who had led the Gijón-Seatran prologue stage from Spain to Les Sables grabbed the lead of the 16-boat fleet from the start. One month later Simon Curwen was the first to cross the Equator 200 miles in front of a close group composed of Abhilash Tomy, Tapio Lehtinen, Pat Lawless and Kirsten Neuschäfer. By now three sailors had retired including Mark Sinclair. Let us remind ourselves that the time to beat, recorded by GGR winner Jean-Luc Van Den Heede is 211d 23h 12m 19s.