The materials were different (but not all the technologies) 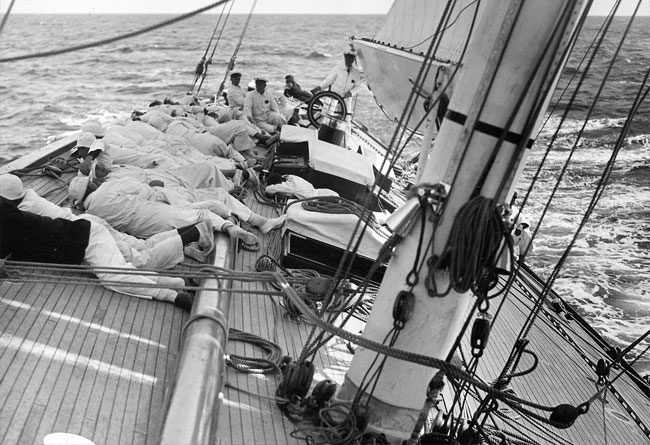 Continuing on from Eric Hall’s study of the spars and rigging of the original J Class, Don Street now looks more closely at the sails... and at the sailing

Despite John Scott Hughes’ optimistic statement in 1930, once J boats moved to aluminium masts it seems that those towering spars began to come down rather more quickly. Velsheda had soon lost her first aluminium mast and Endeavour lost two – and in the course of the three dismastings three crewmembers were killed.

One cause was the fact that in the 1930s none of the J boats had permanent backstays. When gybing, if the end of the upper backstay runner whip was not correctly engaged as the boom was allowed to cross the centreline then as soon as the mainsheet was eased the mast collapsed over the side as ‘casually’ as when a modern Star crew fails to get his new runner on in time.