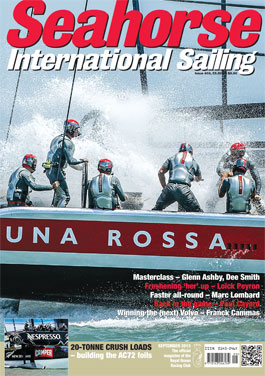 Update
TERRY HUTCHINSON is concerned about the opening deltas in the Louis Vuitton Cup, DEE SMITH has been enjoying getting behind the science of San Francisco Bay, ANDY RICE talks to ROBERT SCHEIDT and other Olympic luminaries about proposed changes for Rio 2016 and sailing bids its sad farewells to TED HOOD

Sailor of the Month
Two men who always go it alone…