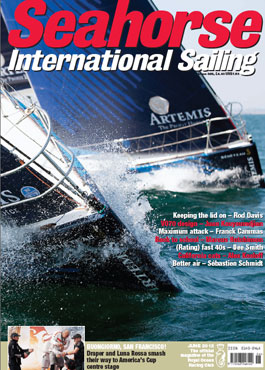 State of the art
Earlier than we could have hoped... Gonzalo Kouyoumdjian and Andres Suar of Juan Yacht Design review design development for their latest rather good Volvo Open 70s...

Before light was (obviously) right
C-Class pioneer ALEX KOSLOFF talks about the dawning of the light...

Update
TERRY HUTCHINSON finally gets his hands on an AC72 wing, KNUT FROSTAD has been delving into the history books, DEE SMITH has interesting observations on the Fast 40s and PATRIZIO BERTELLI is back in America’s Cup town – and for quite a while it appears

Rod Davis
Why do certain people perform much better under pressure than others...