Powerboats find their form
After a nervous start in the 2012 Audi MedCup, designer Rolf Vrolijk’s more powerful designs are coming to the fore. MARCUS HUTCHINSON

Rod Davis
And let’s not lose sight of the bigger picture...

Olympic and small boat news – Grabbing the chance
49er wizz CHRIS DRAPER has made the slickest of transitions to the new world of the America’s Cup. ANDY RICE

Three-way communication
VO70 comms... faster and lighter than ever

Seahorse build table – Something in between sir?
And a cool new cat from ALEX SIMONIS

Sailor of the Month
Regatta wizzard and a design innovator

Below:
At Seahorse we have a problem... Parts of us simply fail to see the merit in re-creating large J Class yachts in 2011, the majority of which were not particularly good when new 80 years ago. And then there are the brand new, ‘classic-style’ yachts built to an updated... modern J Class rule like the aluminium-hulled Lionheart . However, and particularly with fabulous modern rigs – rather than in spite of them – the end result is so utterly magnificent that frankly we’re actually just not listening any more! 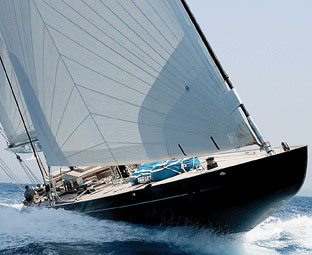