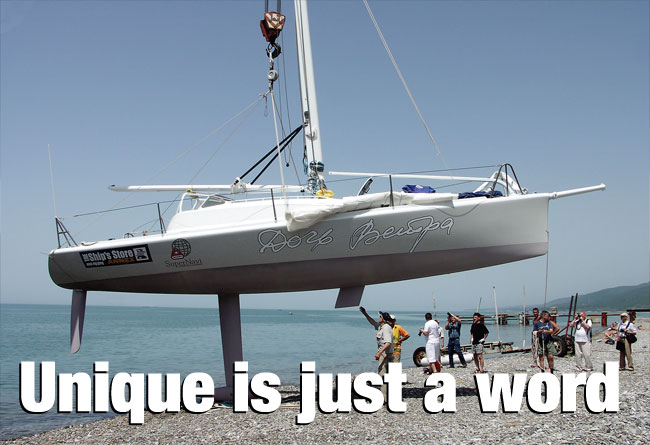 Russian, née Soviet, round the world sailor Viktor Yazykov is building a new boat (and the editor is getting quite excited)

A little more detail
To expand just a little. Viktor was one of the first into Chernobyl; most of those who went in with him died soon afterwards from radiation poisoning. He credits his survival to always drinking copious amounts of green tea.

Building that first 29ft boat… Well, there was little or no yacht building in Soviet Russia but there were plenty of trees, so Yazykov dragged a few fallen chestnuts out the forest, milled his own planks and put his boat together… largely using copper nails hammered out from reclaimed cabling.

And that first Around Alone Open 40… well he did have some design help from Bob Adams and Steve Baker, but they would be the first to say that the concept, hull lines and foil layout were all Viktor’s. His current – rather extraordinary – 33- footer is entirely his own work. We will come back to her later.