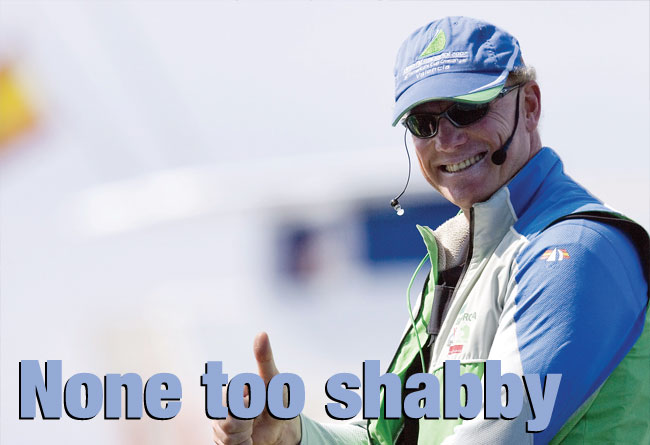 Poland’s ‘iceman’ Karol Jablonski is the most decorated DN iceboat sailor of all time. He is also a former world match racing champion, an offshore classes champion and proved himself one of the very best America’s Cup Class helmsmen in Valencia in 2007

There is no doubt that Karol Jablonski was fated to be a sailing force. Year after year, on soft water and on hard water, he defies odds and obstacles and makes a statement about tenacity, perseverance and preparation. Not easy to beat, he reckons that ‘there is no team, no big name in professional sailing that has not lost to me and my team. This makes me feel good.’

At 53, Jablonski’s unparalleled record on the ice is complemented by a record of achievement in the afterguard of sailing machines ranging from the IOR 50s of the 1980s, to the ILC 40s and Mumm 36s of the 1990s and on to today’s biggest Superyachts. Of course, along the way, Jablonski accumulated a series of match racing victories that culminated in his outstanding third-place performance at the helm of Desafío Español during the 2007 Louis Vuitton Cup.

But first, what puts Jablonski in a league of his own on the ice? He doesn’t have a coach. He doesn’t have sponsorship or national backing. He’s dealing with varied and harsh conditions. It’s not easy on the body, and there is no money in it. How did a self-described ‘Polish nobody’ earn the monikers Great White Shark and Iceman?