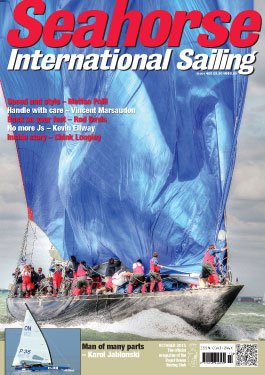 The place to be
This year’s Yacht Racing Forum is set to take place beside Lake Geneva – very appropriate!

First semester
The VO65s came through their first test pretty well, but much was learnt to be put into technical refinements before the next race. JAMES DADD

Rod Davis
Hauling yourself back up off the canvas

ISAF column
A return to Sanya… and with plenty to discuss

Design – Straight out of the box
MATTEO POLLI’s instant champion!

Sailor of the Month
First-time winner and record-breaking champion