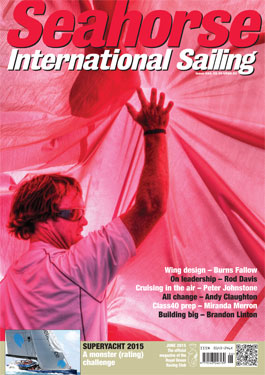 Update
ANDY CLAUGHTON of BAR is happy to be working on the AC48, TERRY HUTCHINSON is not quite as enamoured with the AC35 changes, JULIAN EVERITT sums ‘things’ up and BLUE ROBINSON talks to SCA’s SOPHIE CISZEK