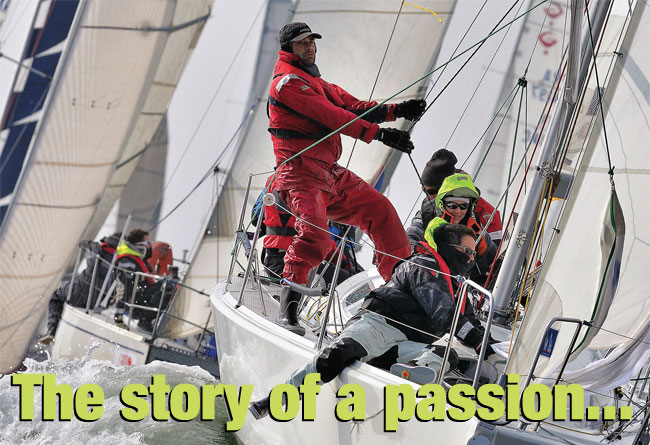 From the first days when Thomas Duhen went to sea on a sailing boat in Brittany in his early teens it was a point of no return: a passion was born. From that day onward any vacation, in any season, could only be taken on a sailing boat, first from Camaret, then from Dahouët, an ideal departure point for the Channel Islands, Cornwall, and up to Ireland, via the Scilly Isles and the famous Fastnet Rock.

What could be a better place to spend his Christmas holidays but sailing upwind between the Skelligs and Kenmare River? A sailing instructor at 14, skipper at 16, when the time came to decide on a career, surely the naval architecture of sailing boats was the only possible choice? However… with no dedicated school existing in France back in 1975, it was felt that an engineering degree would at least provide the young Duhen with a good starting point.

By his graduation in 1980 Duhen’s ‘simple’ desire to sail had become as strong as his original ambition to design boats. So now what was the fastest way to acquire what was to his mind the ultimate cruising boat, a sturdy aluminium Romanée, and still be able to live his passion? Working in the offshore oil drilling industry, which offered good income, work by the sea… and plenty of free time for sailing between those long stints offshore.

That Romanée, built in aluminium by Pouvreau to a Philippe Harlé design, was indeed acquired after just one year of very hard work and careful saving, and any free time would from now on be spent onboard, hopping between ports of call during each vacation period. But coastal hopping was never ever really enough, and Duhen’s cruising horizons steadily expanded as far as Africa, Dubai and eventually Brazil… with a Brazilian wife and in turn family somehow being recruited along the way!