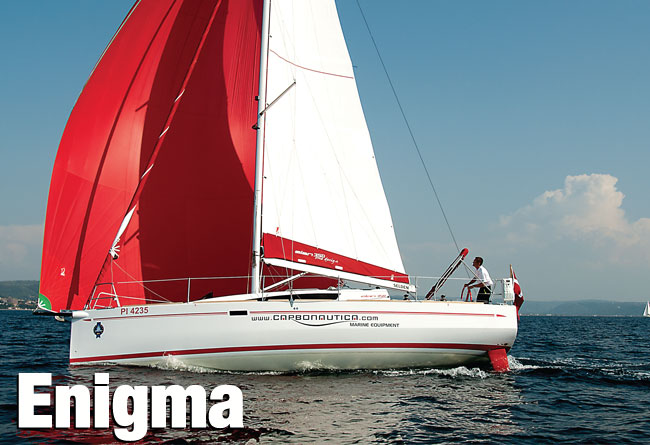 Many modern production boats bear more than a passing resemblance to a VO65, easily able to go 25kt downhill. But the fact is they’re much heavier than comparable boats built more than 25 years ago. Øyvind Bordal asks how this can be possible?

Numbers don’t lie. When X-Yachts launched the Xp-33 a couple of years ago it was meant to revive the golden heritage of the legendary X-99. The X-99 was a groundbreaking 1985 performance boat. It’s still a more or less active class, and a much loved performance cruiser as well.

But it was time to make a modern version, incorporating all the assets from almost 30 years of development in design, material and building technology. The modern Xp-33 came out of the oven in 2012 looking hot, with a sexy, wide transom, chines, a large, open cockpit and all the features of a racing boat as they should look today. It looked just right.

But the surprising fact is that the Xp-33 also came out some 45% heavier than its 1985 forebear. Just like a lot of other similar boats on the market, it simply missed out on the most important performance parameter of every sailing boat that wants to go fast. The weight killed the concept.

Backward development The Xp-33 story is just an example. The same thing goes on in a lot of other yards. Dehler, First, Dufour – most big yards have their line of performance boats. And what they have in common is that they rarely perform as well as they could have had they been lighter. In very many cases modern ‘performance’ boats are in fact a lot heavier than boats of the same breed used to be back in the 1980s.