‘I wouldn’t hesitate to get on any boat skippered by Mike Birch because I know he has a 99.9 per cent chance of making it to his destination,’ said Route du Rhum creator Michel Etévenon in 1980, two years after the Canadian sailor gave him the best finish a race organiser could hope for. Beating Michel Malinovsky’s 21m Kriter V by just 98 seconds aboard his tiny trimaran Olympus Photo, Birch made an instant classic of a then brand new race, and simultaneously opened the doors to the modern era of oceanic multihull giants

Having just turned 80, Birch is currently busy finishing off his house in Gaspé, on the southern shore of the Saint Lawrence River in his native Quebec. True to a legendary reputation, he still cares little or nothing about public recognition, media exposure or tributes. A little multihull is moored not far from his new home and when not busy on his house he can be found onboard, preparing her for the start of the upcoming 2012 Two Star with co-skipper Etienne Giroire. Above all else Mike Birch just wants to carry on with his life without being distracted. In an era obsessed with fame for its own sake and pathologically concerned with public image control, Mike delivers a welcome tidal wave of détachement, which clearly emanates from a deep-rooted sense of freedom and self-confidence - devoid of any form of arrogance, that is.

So, granted, it does not really make a scribbler’s life easy, yet it would be a lie to pretend that there is not some element of jubilation to be had when someone of Birch’s calibre puts the whole media circus into perspective and politely announces, ‘Well, thanks, come and find me if you want but I have a shed to paint and, no, I don’t really like talking over the phone...’

One can’t help but think of Eric Tabarly declining General de Gaulle’s official ­invitation (I am not suggesting the two episodes compare in importance!) right after his 1964 OSTAR victory, because he had ‘a hull to polish and the tide [was] right’; both men always lived unequivocally by their priorities and never let anyone or anything dictate their behaviour. 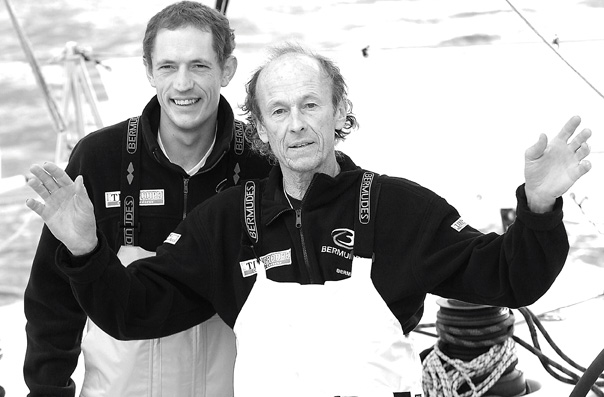