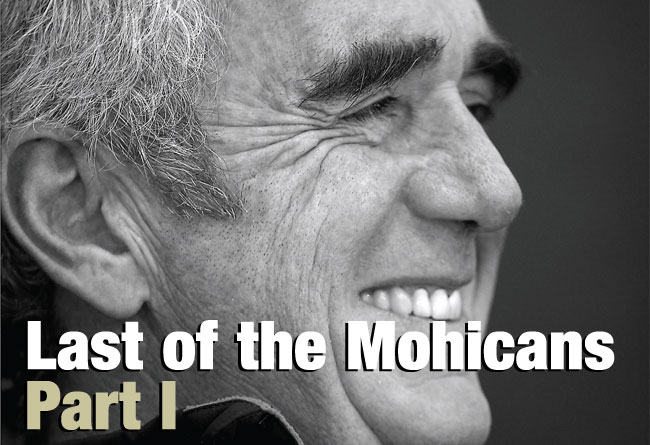 Loïck Peyron is the sort of man that Christopher Columbus would surely have been proud to sail with. Equally at home winning yet another Trophée Clairefontaine on a one-design beachcat, or delivering a consummate Jules Verne Trophy-winning performance with Banque Populaire V… Even the latter barely touches the surface of Peyron’s intimate relationship with the sea. Bill Goggins spent some time getting to know one of the world’s absolute favourite sailors

Seahorse: What is your own favourite type of sailing?

Loïck Peyron: Probably the one I’m not doing enough, cruising with my family. Here in La Rochelle there are cruising boats in every direction. It’s how I started, with my own parents on small cruising boats, and I would like to do the same with my children. But they are getting older now so maybe I have missed the opportunity! For sport I have been lucky to be able to race on many different types of boats and in many types of event. Solo, crewed, around the cans and around the world. Multis, monos. I don’t have a ‘favourite’, I still enjoy being able to jump from one arena to the next. I am a specialist but my specialism is as a generalist. So I am a broad-spectrum specialist!

SH: You’re certainly not the only sailor in your family…

LP: Of course. There is Bruno, who really began the whole Jules Verne story. There is my younger brother, Stéphane, who you may remember did a lot of crazy things on his windsurfer in the 1980s, crossing the Atlantic alone and so on. He’s been a TV producer for Canal+ for many years now. And we also have younger twin sisters!

SH: Being away so much sailing must be hard for you as a parent…

LP: Like every father, we always have more to learn about trying to share with our children. But maybe one good way is actually not to be at home 24 hours a day. My father was a supertanker captain so he was away for long periods, two to three months at a time. But then when he was home he was ‘really’ home. In a regular job you may be home every night, but you wake up early, come back late, so it’s worse than not being there. I really like the way long voyages take you far from home but they can also take you closer to the heart sometimes, because each time you return the feeling is bigger and better than being there all the time but being less ‘visible’.

My first daughter Marie was born 22 years ago during the first Vendée Globe. My first trip alone around the world. I was not home when she was born, I was in the Kerguelen Islands in the Indian Ocean which is why her name is Marie Kerguelen. There is a little poetry in that. Surely that’s better than being stuck in a traffic jam three miles from your home.

But it’s not that easy. I have four children, three daughters and my son, and they’re starting to be quite old now. They love to sail but they’re not going to be sailors, for sure. One is doing chiropractic, one is surfing! That’s it. Life is life. I don’t want to feel the next generation needs to follow me or do better than we’ve all done. My children are living their lives. That is how it should be.