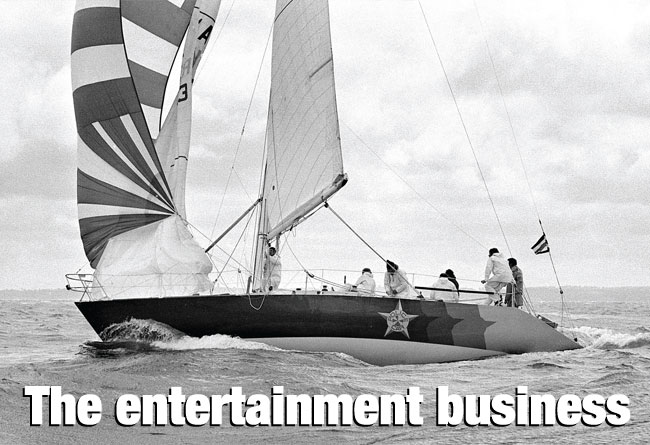 Seahorse: It’s a long way from Quarter Tonners to a 66m sloop like Aglaia...

Ed Dubois: For us the whole big boat scene really began in 1985, only nine years into our existence as yacht designers. That was when we were first asked by a broker, Stuart Larsen of Fraser Yachts (a good broker, which puts him in a minority… and you can print that), to look at a design for one of his clients.

Stuart’s a Kiwi who trained as a lawyer, practised there to begin with, then went off sailing and ended up in Florida where he became the agent for Bowman Yachts. We were about to do a boat for Bowman which never happened because sadly Bowman himself became ill; but we’d done a lot of preliminary detail work and he recommended us to Stuart as decent designers – who did the detail well but also did pretty pictures to help sell the boats!

Stuart Larsen had been approached by American Bob Millhouse about a big boat of about 110ft to be built in New Zealand under the owner’s control. New Zealand’s big boat industry as we know it now didn’t really exist in those days and Stuart thought we may be able to help. So he gave us a chance to put in a proposal along with Ron Holland, Martin Francis, German Frers and Bruce Farr.

The upshot was that I got the job – mainly because the owner liked the ‘cut of my jib’, as he put it! I’d literally had one 15-minute meeting in Ft Lauderdale, where the owner had a 90ft motorsailer, which had gone so well I thought that I may as well give up and fly straight home… Anyway, I got the job and instead flew straight to LA on Bob’s plane – Bob wouldn’t let me go home first – and then on to Auckland.