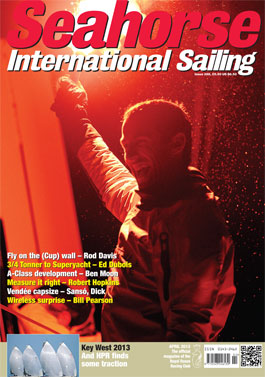 Small boats, big lessons
BEN MOON looks at development in the A-Cats and contrasts it with their larger America’s Cup cousins

Update
TERRY HUTCHINSON returns to Key West, IVOR WILKINS watches as DALTON’s new baby goes afloat, PETER HOLMBERG explains the changes (for the better) on the Caribbean circuit, a satisfactory HPR debut, plus PATRICE CARPENTIER has been tracking some significant changes in the ranks of the G-Class multihulls

ORC column
It all comes down to the fleet splits

Sailor of the Month
Tenacity, seamanship and a very big contribution