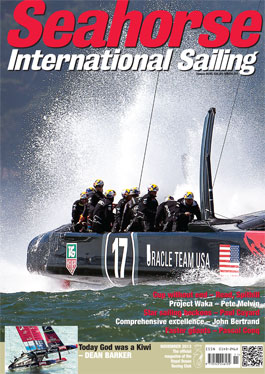 Keeping in touch
‘A camera with a mast on it’, says RICKY DEPPE

Chasing gold in Bermuda
Will the whippersnappers’ role continue?

Redemption
The 34th America’s Cup match truly had it all and IVOR WILKINS was there to see it. Plus, those critical opening salvoes for America’s Cup 35…

Paul Cayard
And the (magnificent) Star class is calling once again

Sailor of the Month
And some long-overdue championship plaudits…