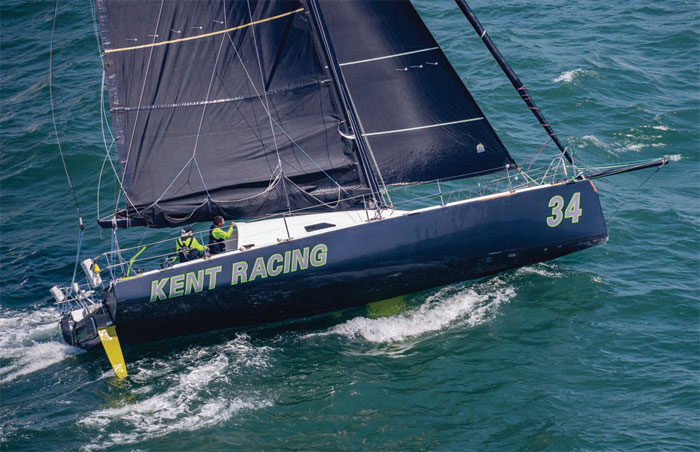 But the key components of it can still be successfully delegated!

When it comes to sailing, a female’s first mentor is often her father. Behind all great female sailors is usually a proud papa who was there from her first Opti to first offshore race. Devoted dads appear to be the common denominator in female prosailing careers – dads who shared their passion and encouraged their daughters to find their own place in a predominately male sport. But not all women are lucky enough to have a father to guide her through the sailing world. Some dads do not sail, while some dads can only take their daughters so far. So it is mentors who must step in to raise these female talents and create opportunities for them to succeed.

Circumnavigator and Magenta Project mentor Tim Kent mentored his own two daughters, Whitney and Alison in their sailing careers, but has also actively mentored other aspiring female sailors.

‘I have had mixed crews on my boats since I began racing. When I had fully crewed boats, half of the crew would usually be women. I met my wife when she crewed on a boat I was running. My daughters raced with us from their earliest days and grew up trading wisecracks and sailing knowledge with the men and women on our boats,” says Kent.

To be treated as an equal so far as to confidently banter with the crew certainly impacted the development of these strong women. Regardless of age or gender, Kent’s daughters were given equal opportunity to be and feel as part of the crew. Kent now runs a Class40 campaign with his daughters in which they intentionally include female sailors as part of the team and mission.

Main picture: Tim Kent and his daughter Alison “Gator” Kent in their Class40 at the start of 2022 Newport Bermuda Race.
Below: about a decade earlier, Tim Kent helps Gator launch her Optimist 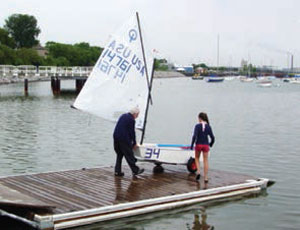 ‘When we started the Class40 project my daughters wanted us to provide the kind of support they enjoyed from our big family to young women who otherwise would not get it. Since we started sailing her, my crew has been almost exclusively female – all women for races and mostly women on deliveries,’ he says.

Erica Lush, Magenta mentee 2020, is one such woman who recently raced with Kent on his Class40. After he and his daughter Alison sailed the Newport to Bermuda Race doublehanded, Erica joined Kent for the new Shorthanded Bermuda Return Race. ‘Tim and my own dad have one surprising similarity in that they both raced around the world singlehanded, albeit 20 years apart,’ she says. ‘The more obvious similarities, however, are in the culture they bring on board: A culture of trust, encouragement, transparency, and a blatant love for offshore sailing. It’s a wonderful thing to sail with your parents and there are qualities about that which I think we can bring to the table even sailing with people we just met.’

Then there’s the Sellers family father-daughter duo who recently made headlines for Merritt Sellers’ stellar performance on an offshore race in Lake Michigan. Overnight, 14 year-old Merritt “manned” the deck and helm – solo – to pass all competitors as her dad slept soundly below. Headlines read: ‘Teen girl drives boat alone at night’ and this young talent became an overnight sensation (and Seahorse’s Sailor of the Month September). A few weeks later, her 18-year old sister Hannah took another win with their father, Scott, this time in the infamous Chicago Mackinac Race.

Merritt and Hannah have great skills, and their wins were no stroke of luck. By design, the Sellers sisters were positioned to succeed because they were given the opportunity, support and experience to do so. Instead of choosing just his best old mates to race with, their father chose his best new mates: his daughters.

By welcoming his daughters into the boy’s club and treating them as an equal, Merritt and Hannah were provided a safe and supportive space to develop their skills. Fact: females whose families own boats are more likely to have helming experience and higher skill levels than their counterparts who have to find their own rides. This early exposure and experience begets the kind of confidence and skills that pro sailing careers demand.

If you are interested in supporting and developing careers of women in sailing, please consider joining The Magenta Project family. The UKregistered charity is an international network that supports female talent in the industry through mentorship, upskilling experiences and career development opportunities.

Learn more about The Magenta Project »