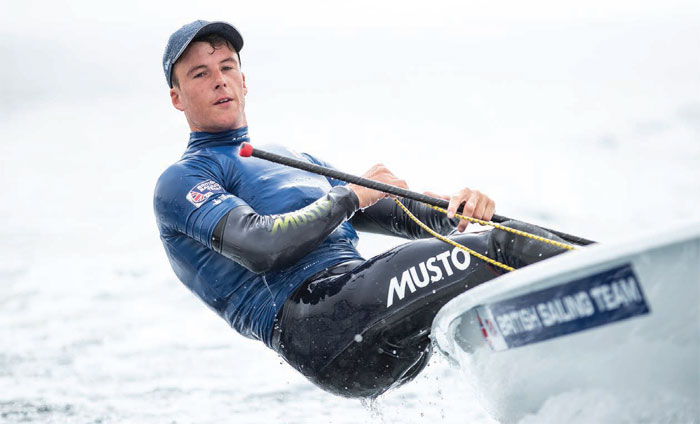 It is a fact that a large part of the global popularity of the ILCA, (formerly known as the Laser), comes down to a design that pits sailor against sailor in identical boats. But among those that compete in this class at the highest level, it is also common knowledge that modern technology can and does make a significant difference. For Musto it is the combination of these two key factors that is at the heart of what could be one of the biggest potential advances for ILCA sailors.

For all the close scrutiny of minute details that is required to get to and stay at the top, there is one unavoidable hard and fast rule to improving performance in this class – hiking harder and for longer makes you go faster.

This is of course true in any boat where hiking is allowed, but in the ILCA hiking hurts more than most thanks to side decks that have the ergonomics of a domestic ironing board, which, given its padding, is probably more comfortable. When the breeze gets up, some even refer to the ILCA as an instrument of torture. Yet love it or loathe it, the fact remains that ILCA-induced pain is the same for everyone.

Main picture: racing an ILCA (formerly known as the Laser dinghy) is notoriously and brutally hard on the legs. He or she who can hike hardest, for longest, frequently wins and so better hiking pants can deliver a real competitive advantage 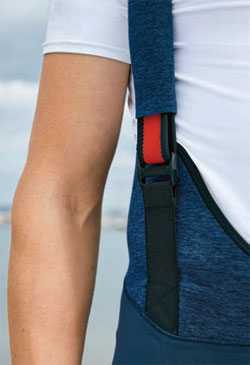 But Musto and the British Sailing Team believed that this didn’t have to be the case and that even in a class that is so strictly controlled, there was room and opportunity to create a legal advantage through helping sailors to generate more righting moment by hiking harder.

‘When I joined Musto it became clear, very quickly that hiking pants are not something you can design and prototype within a few weeks before going into production,’ said Hugh Brayshaw, Musto’s marketing product manager.

‘The partnership with the British team, who played an essential part in the development of these pants, started in 2018 although the original development began even earlier than that. So, it’s been a long road to this point but one that has delivered a product that is now proving itself on the race course.’

The recent Princesa Sofia Trophy in Mallorca, Spain provided strong evidence following Micky Beckett’s impressive victory in the ILCA 7 fleet in what was a consistently breezy regatta. Beckett is one of a select group of sailors that have been working with Musto on the hiking pants and for him, the starting point is clear.

‘Success in the ILCA comes down to getting the fundamentals right,’ he said. ‘This is a class that is not evolving on the technical front like, say, the Moth, so what matters is precision in the small amount of kit that you can change and the precision in your own technique that will get you to the top. And that all takes time.’

In the women’s ILCA6 fleet Hannah Snellgrove came away from Palma with a silver medal and was equally sure about the route to success in this fleet.

‘Today there are different builders of the ILCA and people are talking about investing in trying different boats to see what they're like and what the measurements are. But at the end of the day, yes, there's a bit of a tolerance, but it is a one-design class and if you start in front of people and hike hard, especially if it's breezy, you will win races. So, as Micky says, it is the fundamentals and the basics that make the biggest difference and as soon as it gets over 10 knots, hiking effectively is one of those fundamentals.’

To create hiking pants that could deliver this kind of advantage to the sailors turned out to be a complex affair.

‘We have used six different types of neoprene in the pants which makes it tough when you come to match up the hiking battens because each piece of neoprene stretches in a different way, but you also need to make sure that the battens stay in precisely the same place,’ says Brayshaw. ‘To achieve this the battens are laminated between the neoprene layers and then that panel becomes the seat of the product. On the back of that panel we've got a hard-wearing Kevlar material. Then, on the inside there is a comfortable lining material.

‘Making sure all of this is integrated correctly is especially important for ILCA sailors to ensure that they aren’t catching any bumps or any seams that could restrict movement or rip the pad off the seat. 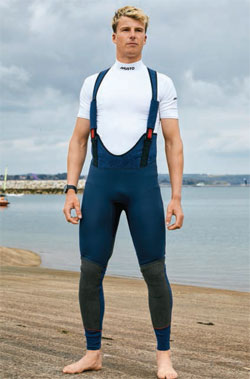 Above and below: after four years of intensive development with some of the UK’s top ILCA sailors, Musto’s new hiking pants incorporate six types of neoprene with different stretch characteristics, battens laminated precisely in place, and removable high-density foam padding 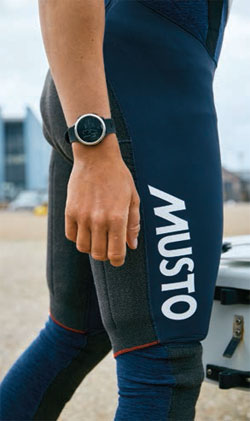 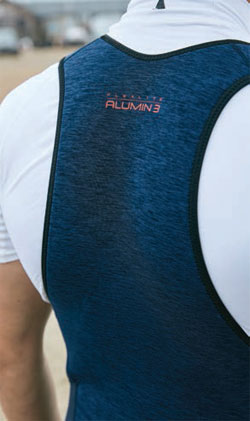 ‘One aspect of feedback from the sailors was that they wanted to be a little bit higher off the deck so there is the option to fit removable, high density foam internal pads.’ Yet, like many of the top sailors who are focussing on every possible detail that may relate to their performance, Snellgrove also admits to being cautious about change.

‘I’m often nervous about doing anything differently because the margins are that small,’ she says. ‘So, feeling good straight away when you’re trying something different is very encouraging. I’m 6ft 1in so I have always struggled to find hiking pants that fitted properly, but with these I felt I could move more freely straight away.

‘Warmth is also an issue and again these were really good from the off. And if there is one clear visible sign that they are working, it’s that I’m getting a lot fewer bruises than normal. Basically, I tried them for the first time and knew that they would be good without having to engage in any kind of debate.’

British sailor Sam Whaley was also at the event in the ILCA7 fleet and echoes Snellgrove’s views.

‘I have been very impressed with the stretchy material and the ease with which you can put them on,’ he says. ‘Getting hiking pants on can be quite a struggle sometimes and even then, it doesn’t mean that the battens are going to be or stay in the right place.

‘Another detail that I like is that they are actually bit longer than normal. Other hiking pants often stop quite high above your ankle, which means that there's a gap where you can get cuts and bruises. If you're not careful you can get infections here too from the little cuts, so it’s nice to have that protection.’

Allowing for this range of leg lengths and customisation without compromising the durability of the pant required more detail. ‘Some of the ILCA sailors like to wear a high boot and they don't want the wet suit bottom to be overlapping or tucked in,’ says Brayshaw. ‘Our answer was to include stitching bar tacks up the ankle so you can trim the leg down just below the bar tack which will stop the seam from unravelling.’

When it comes to quantifying performance against of a new piece of clothing, in many areas of the sport the judgement will be rather subjective focussing on perhaps on being warmer, drier or able to move more freely. Rarely is it possible to make the direct link between certain wet suit material and a win. Yet, perhaps unsurprisingly, in the ILCA world, where every detail counts, Beckett found no trouble in recounting a recent example as he reflected on this year’s Princesa Sofia Trophy.

‘I was in a qualifying race and I was really focused. I'll admit that during the race I wasn't thinking about hiking development, this only occurred to me in hindsight. But the race was with Matt Wearn, who won the last Olympics. We both got quite a good start, we were first and second and taking lumps out of each other for about 40 minutes the whole way around the course and we had a bit of a gap behind us. It was a proper good dogfight, a proper good race, which I won by about a quarter of a metre in the end. It was a stressful race but I really enjoyed it and I was thinking, it's quite cool to start a development on a piece of race kit five years ago and have been so involved in it and be wearing it in a race that culminated in a win. I’m sure Matt will forget the race fairly quickly, partly because he came second and partly because it was just a qualifying race, but I was happy with that and it’s such a good reminder of how small the margins are, what you need to do to succeed and the need to focus on the fundamentals.’