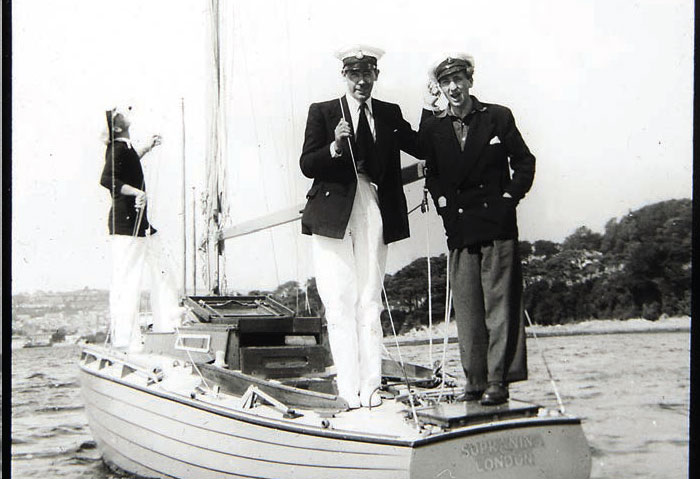 Many of those returning from the conflict of 1939-1945 were soon pursuing new activities where they could find some small element of the excitement (and dangers) of wartime service. So began the modern - and for many years extraordinary dangerous - motor racing, as did the idea to race small yachts for longer distances two-handed and later solo (in time electrifying offshore performance). A product of this movement was the Junior Offshore Group, which has been running offshore races since its launch in 1950. David Munge was among early enthusiasts.

Sopranino and the Junior Offshore Group
As a few ‘oldies’ will remember, the use of yachts and pleasure boats was obviously very restricted during World War II. At the end of the war men who were used to a certain amount of physical deprivation were being squeezed into office jobs or other work that was restrictive, and those who had been active sailors before the war now needed to rethink how to spend their free weekends.