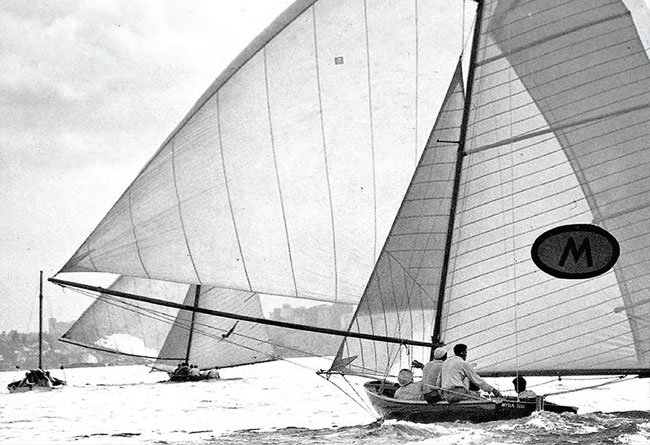 After the magnificence and brutality of the Big Boat era, 18-footer class historian Frank Quealey moves on into the 1950s when we see the first indicators of where skiff design and sailing techniques would later head as the 20th century approached its final decades

Part 2 – the 6ft-beam boats
Queensland started to rebuild its skiff fleet after World War II, and in 1945 decided to race smaller, lighter 6ft-beam boats. The story was similar to the situation in the early 1930s, when the first seven-footers had started to elbow their way in: that of costs and reduction of crew numbers.