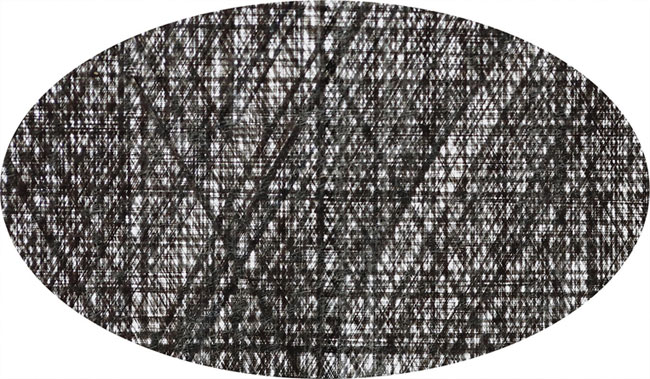 Not exactly... but Dimension-Polyant still have good reason to be pleased with their first foray into a production film-less laminate sailcloth

There are few that would dispute the advent and development of film-less sailcloth has been a revolution in sailmaking. Now, however, Dimension- Polyant has developed its own version of film-less thin-ply multi-axial laminate sailcloth called i-LEX that may help broaden the benefits of this technology to more boats in the 35ft-45ft raceboat marketplace.

Not only have the issues of film laminate crazing and associated problems been eliminated, but the overall weight has been reduced while strength and durability increased to impressive degrees of performance. Sails built with these materials are tough, light and hold their shapes, a perfect combination of qualities for the premium racing programme.

As with many new technologies, this superior material comes at a premium price, one often out of reach for all but the most expensive programmes in the high-performance premium marketplace. You see these sails in the photos and videos that come from pro-level sailing in boats upwards of 40ft, but rarely in your local club.

‘We have been working on this development very intensely for the last four years. Internally we called it our Black Snow Project,’ says Uwe Stein, managing director of Dimension-Polyant. ‘This was an expensive process, but we recognised that it was a necessary step to develop filmless laminates as the next level of evolution in sailcloth.

‘This will be achieved not just through a lower production cost compared with the existing thin-ply materials used today, but because of the broad network of sailmakers around the world who already know and trust their relationship with Dimension-Polyant to produce sails equipped with this technology,’ he adds.

Main picture: the latest sailcloth from Dimension Polyant is based upon a film-less, thin-ply, multi-axial composite material that promises to bring most of the benefits of grand prix-grade sailcloths to a much wider user base of mainstream sailors. It’s almost impossible to tear, has an outstanding weight-to-strength ratio and impressive off-angle stretch resistance. It cannot delaminate in the traditional sense, has proven to be extremely durable and is relatively affordable relative to other comparable sailcloths

The outer skin of i-LEX is Dimension-Polyant’s proven Lite Skin material, which is not only tough, but is compatible with standard panel assembly techniques using Ultra or Q-bonding with no stitching required.

Also in this initial phase, i-LEX is being produced with aramid and UHMWPE (eg, Dyneema) fibres to meet the design loads and price points of the broader marketplace, with a priority placed on radial cut applications…cross-cut materials are anticipated in the future once demand is established.

While this hi-ply technology offers a myriad of fibre layout options, i-LEX is available for now in three styles:

These should help sailmakers meet the load demands for upwind sails on most boats of 35-45ft in length, with a realistic target price that meets both sailmakers’ and sailors’ expectations.

One convincing testimonial on the virtues of i-LEX comes from UK-based sailmaker Peter Sanders:

‘We used the Dimension-Polyant i-LEX laminate on a new no 1 genoa for the Swan 41 Philippides and we are delighted with the result. I admit that I was a bit concerned when the cloth arrived because it was so light, but this concern proved to be unfounded because the genoa holds its shape beautifully in all conditions, the crew find the sail so much easier to handle than its heavy predecessor and there is far less weight aloft’.

Erci Varin from Voilerie Granvilaise concludes, ‘we used i-LEX for the J1 and the mainsail of a Sun Fast 3600. The programme of the boat is directed mainly towards racing but also for use by the family. The lightness of the product is quite disconcerting and is reminiscent of Cuben Fiber, but with a much higher dynamic stability. Apart from winning the first race with the new sails, the owner is blown away by the lightness of them’.