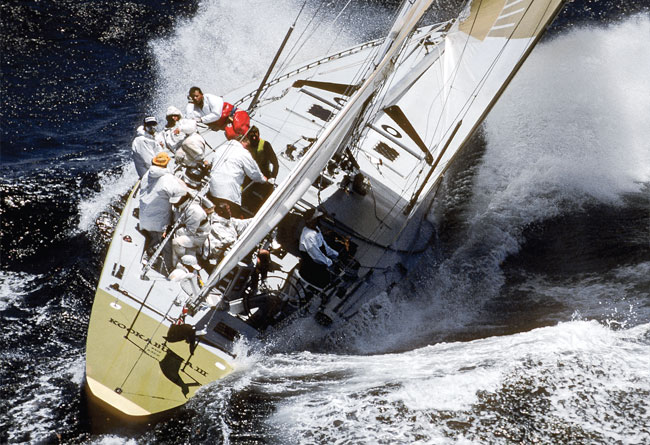 After nearly two years in Bermuda as the man in charge of all the racing for both the Challenger Series and America’s Cup 35, Iain Murray, ‘The Big Fella’, spoke to Blue Robinson about the Cup, 18ft Skiffs and a new role back in his native Australia

Seahorse Magazine: Looking back at the Bermuda Cup, what were the key challenges for the regatta director…

Iain Murray: I think by the time we got to Bermuda we were on top of what the key challenges were going to be, and the critical ones were about too much or too little wind. The AC50s had a narrow operating window – for a couple of days we were near the upper limit and for a couple we were at the lower limit. When you are running an America’s Cup regatta you are effectively running to a broadcast schedule so racing on time is vital. We could extend a tiny bit but the format also took in hospitality, so a tight slot was allocated to get all the races in with very little leeway. And Bermuda being a dot in the middle of the ocean, there was no consistent wind other than the trades – whatever other weather was coming across the Atlantic you were just in the way.