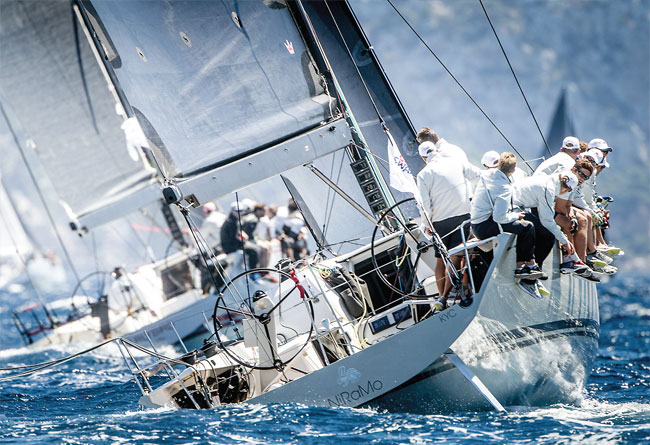 The St Petersburg Yacht Club will be running another edition of their successful Nord Stream Race later this summer... with a new twist

Unifying Baltic sailing
A new and exciting concept will be used for this year’s Nord Stream (NSR) race, that brings new boats, new teams and a new culture of sailors to this pan-Baltic event. Following years of past success racing Swan 60s in the Nord Stream, organisers from the St Petersburg YC and Konzeptwerft Holding GmbH, with support from Gazprom, are again offering this year’s edition of this 1,000-mile race from Kiel, Germany, to St Petersburg, Russia, in four stages, but this time with new features to take the event forward into the next few editions.

First, the platform will change from the Swan 60s used in recent years to new, identically-matched ClubSwan 50s that are being provided for the event. This year’s race will see five boats and teams, but the plan is to expand significantly in the future as more of these new boats become available.

Olympic gold medallist, Jochen Schümann, is the new ClubSwan 50 class president, and is enthusiastic about this new choice of boat type. Schümann says the boats will be presented in strict one-design trim, with all features – spars, appendages, rigging and even sails – to be kept identical to ensure close, fair racing. ‘These new boats are extremely agile and sail nice and quickly thanks to the 3.50m 3,450kg keel, even in the strongerst winds,’ he says. ‘It’s going to be a challenge to drive the boat day and night at its full potential and at optimum trim for the duration of the race legs.’

A multi-stage ocean race in a supplied fleet of the latest large one design yachts... not something you see every day! A great opportunity for ambitious club racers this event is also a useful workout for the world’s top tacticians

Unleashing this potential for an all-pro crew would be a challenge, yet the NSR wants to encourage excellence among amateur sailors as well, so a partnership has been developed with the National Sailing League to provide its best teams to compete in the event.

Known for a high level of competition among Europe’s best amateur keelboat sailors, the league’s top five teams from the 2016 season will compete in the 2017 NSR: the Deutscher Touring Yacht-Club from Germany, Frederikshavn Sejlklub from Denmark, Cape Crow Yacht Club from Sweden, Nyländska Jaktklubben from Finland and Lord of the Sail-Europe from Russia. Each of these five clubs will send a crew with 10 of their best sailors that meet the following criteria: (1) a maximum of four may be categorised as World Sailing Group 3 sailors; (2) one must have experience as an offshore navigator and approval of the boat captain; (3) at least half the crew must have approved experience in offshore racing; and (4) at least half the crew must be members of the competing club and the remainder the same nationality as that club.

The format for the 2017 NSR will consist of two days of practice in Kiel where the events will be managed by Kieler YC and Norddeutscher Regatta Verein (NRV), followed by short inshore races, the start of the first leg race to Copenhagen, and social events ashore in Tuborg Harbour at the Royal Danish Yacht Club (KDY) after the finish. This format is repeated in subsequent legs to Stockholm at Saltsjöbaden with the Royal Swedish YC (KSSS) as host, then to Helsinki with the Helsingfors Segelklubb, and then the final leg to St Petersburg for the finish and prizegiving.

‘In this way the re-booted NSR will become a unique sailing event that unifies the best of both inshore keelboat racing from the National League sailors with the best of offshore big-boat one design racing in the Baltic,’ says Gerald Gebhardt from Konzeptwerft Holding. ‘Then from 2018 onwards, we plan to include the current champion of the Sailing National League and bring in other Baltic States as additional participants to broaden the fleet,’ he adds.

Click here for more information on the Nord Stream Race »