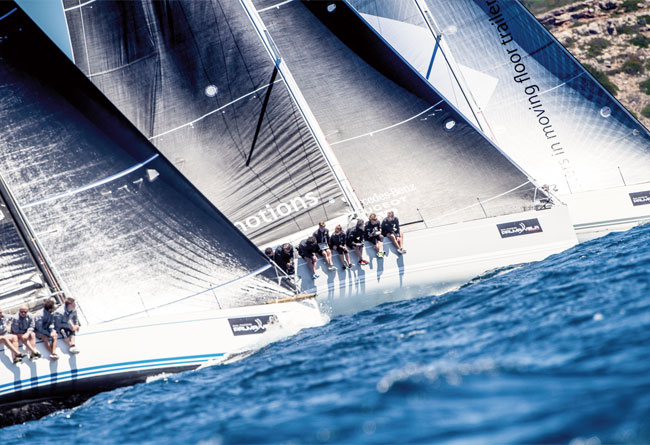 The immediate success of the ClubSwan 50 was the missing ingredient needed for Nautor's Swan to step into the void left by the great team events like the Admiral's Cup, Sardinia Cup and Hawaii's Kenwood Cup

The concept of national identity remains one of the strongest drivers in modern sport – with the opening ceremony of the Olympic Games the most powerful and best known example. It’s what makes events like the Football World Cup so special. And it’s the America’s Cup and Volvo Ocean Race teams with the strongest national element that continue to attract the most passionate supporters.

As its name implies, national identity will play a strong part in the appeal of the Nations Trophy, a new regatta being launched this October by Nautor’s Swan, with the inaugural event set to take place in Palma de Mallorca. Enrico Chieffi, vice-president of Nautor Group, explains where the idea came from.

‘It has been a long time since the last nation-based regatta of this kind. We took our inspiration from old classics like the Admiral’s Cup and the Sardinia Cup, but modified the concept for today’s competitive environment. Also this is a onedesign regatta, so it is very clear on the water who has done well, even before you see the results.’

As a former Star World Champion and Olympic representative for Italy in the 470 class, Chieffi grew up with the concept of one-design competition. ‘One-design racing has always delivered the purest form of racing in small boats, most obviously at the Olympic Games. But in larger yachts the trend has been towards customisation, which leads to handicap racing. For many, that is fulfilling enough, but there are still owners who want to enjoy the simplicity and purity of one-design racing in larger yachts.’

Just like the Admiral’s Cup and Sardinia Cups of latter years, three different sizes of yacht are competing in the Nations Trophy. The Swan 45 and ClubSwan 42 are already well-established, offering great competition within the Swan One-Design programme and also proving successful elsewhere in handicap events, not least in IRC. But the Nations Trophy needed a larger boat too, and the runaway success of the ClubSwan 50 in just its first year has provided the last piece of the jigsaw.

Not only will international teams be competing boat to boat within three individual classes, but there is to be a combined team prize, as Chieffi explains: ‘The Nations Trophy 2017 is the culmination of the Swan One-Design European season and will also serve to determine the Swan 45 World Championship, plus the ClubSwan 50 and Swan 42 Europeans.

‘The Nations Trophy itself will be awarded to the nation with the lowest combined points total across the three divisions, with each nation’s score based on the results of their top two boats from two separate classes. This will also encourage all the yachts racing to push hard right until the end of the regatta in order to be part of the winning team – even if individual championships might have been decided before the final race.’

President of Real Club Náutico de Palma (RCNP), Javier Sanz, says he’s honoured that his club is hosting the inaugural event, which will take place every two years. This year’s inaugural regatta runs from 10 to 14 October, with plans already in place to run subsequent events in the UK, USA and Asia.

Nautor’s new Nations Trophy will be run in three classes – the ClubSwan 42, Swan 45 OD and the new ClubSwan 50 (below). By keeping the event within a tight 40-50ft size range the fleet should remain quite compact with the yachts – or ‘clients’ – hitting the dock at a similar time each day. For the same reason this regatta should stay inclusive, without the splits that inevitably occur ashore among crews of very different-size boats, even when racing at the same event. No doubt the Nations Trophy will also prove a handy showcase for the ClubSwan 50… as owners look to trade up; repeat custom has long been one of the pillars upon which this great Finnish boatyard has evolved 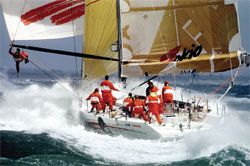 ‘At the RCNP we’ve come to know the Nautor’s Swan family well over the years,’ says the president. ‘It’s a special atmosphere when the Swans come together and I think this regatta will be particularly friendly, with the idea of bringing nations together through sailing. The racing itself should be spectacular at that time of year in the Bay of Palma with its beautiful wind and sea conditions… I’m even going to stick my neck out and predict 12-15kt of wind for the first ever Nations Trophy!’

The sight of a new fleet of ClubSwan 50s competing at close quarters will be one of the highlights of the regatta. The Juan Kouyoumdjian-design has proved instantly popular, as class president Jochen Schümann explains. ‘Selling 20 yachts in the first year shows just how special this yacht is,’ says the three-time Olympic champion and two-time winner of the America’s Cup.

‘It’s been interesting to see how many different types of owner are attracted to the class, for a variety of reasons. It’s appealing to a younger generation of Swan lovers who want “their” Swan yachts to get up and plane like other top modern offshore designs. They also love its avant-garde looks with the reverse bow. Then there are the existing Swan owners, who are interested in exploring one-design racing and want a more modern, stylish boat with which to do it. Plus with its rigorously enforced one-design specification and closely controlled build the ClubSwan 50 becomes an attractive prospect for race charters.’

Some owners of much larger yachts have been attracted to the one-design racing offered by the CS50, such as Filip Balcaen, owner of 112ft superyacht Nilaya. Another long-time Swan owner, Hendrik Brandis is also enjoying sailing his ClubSwan 50 Earlybird in its first season. Speaking at the Rolex Swan Cup Caribbean earlier this season he explained: ‘She is a very new type of boat for me, extremely agile and great fun actually.

‘She accelerates downwind quickly but remains easy to steer and control. The twin rudders are a big advantage downwind and make the boat easy to keep on the edge so you can really push. Also upwind we are usually averaging 8.5-9kt; we hit 20kt+ downwind and frequently average 18kt. Very safe, very easy.

‘In my opinion, the more top-tier sailors we can attract to the ClubSwan 50 fleet the better the racing will be. If [company chairman] Leonardo Ferragamo’s vision for the Nations Trophy is to recreate the spirit of the Admiral’s Cup, for example, I see a lot of top sailors coming into the class. And that’s good for everyone…

‘It’s going to be an interesting double contest competing at the Nations Trophy. First and foremost, we’ve got our own race against the other ClubSwan 50s. But then it’s also about sharing knowledge and experience with our national teammates in the ClubSwan 42 and Swan 45 classes. Reinforcing the team ethos within our national team, with daily gatherings to run through meteo and race strategies and so on, will make sure that we’re all helping each other out – and in turn help to make the event itself very special… more like other famous team events of previous years.’

According to Enrico Chieffi, the guiding philosophy of Swan has always been to do everything in the best possible manner, whether it is building yachts or organising events. ‘With some 130 one-design Swans now racing in the world, we have proved it is possible to create performance one-design yachts that offer the cruising comfort expected of Swan,’ he says.

With this in mind, Swan has, for a long time, felt it important to make sure that owners are offered the best possible environment in which to compete. Location, organisation, race management and shoreside activities are the four criteria on which Swan regattas have been built. The success of the new ClubSwan 50 was the final element needed to get the Nations Trophy off the ground.

ONE-DESIGN LUXURY
– Leonardo Ferragamo
There are a number of reasons why our one-design philosophy attracts owners to buying and racing Swan one-designs. One-design racing is generally acknowledged to remove some of the unnecessary expense and aggravation typically associated with handicap racing.

Then, of course, Nautor’s Swan has developed a reputation for building high-quality yachts over many years and the aspiration to own a Swan remains strong within the sailing world. The Swan community is also attractive, since it brings together like-minded owners and sailors. So when entering a Swan one-design event owners are assured of not simply the highest quality of organisation, but also fair-minded, gentlemanly competition.

This spirit is a hallmark of every Swan regatta and continues to encourage more owners to compete in our many different designs.