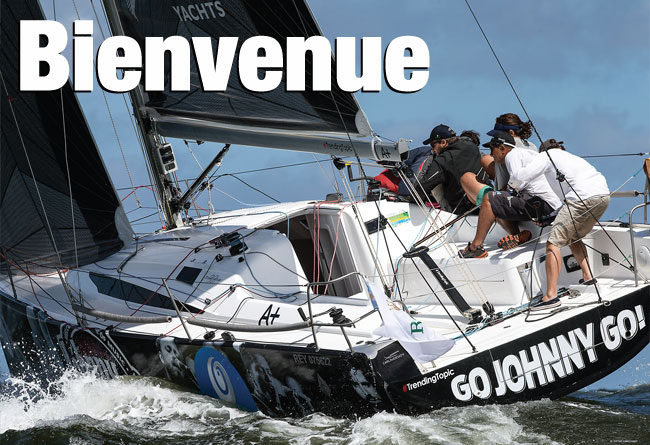 Yes, yes, we do know that he’s Argentinian... Sebastian Carlini is a relatively new name on the international design stage but he served his time – 18 years – working alongside Germán Frers in Buenos Aires. With an immaculately researched 32ft regatta winner now under his belt, Carlini deserves a much wider hearing

What became the Trentadue production project was born out of a request from an existing client for a one-off 10m design with which he could win the most important offshore championship in South America, the Circuito Atlántico Sur Rolex Cup, run under both IRC and ORC and held at the seaside resort of Punta del Este in Uruguay. The client also asked for reasonable cruising accommodation for family sailing so, to be successful, the new boat would need to achieve that elusive and delicate balance between great performance and a reasonable level of comfort.

Having received the original commission a couple of years ago, the challenge of designing an ‘IRC winner’ was accepted. Soon after starting design work we also agreed with the client that Piermarine Yachts would build the new vessel.

However, a few short months later and word of our project had clearly slipped out… in a period of a few weeks Piermarine had taken deposits for a further nine examples of the design. And all that we had done by then was to make some plans and early renders available to the sailing public!