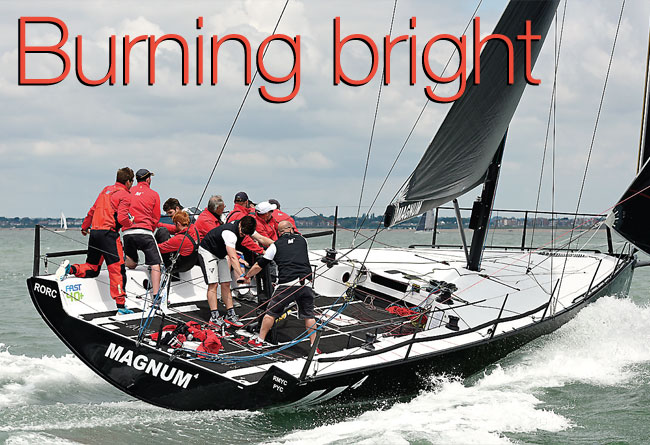 After years of white sails dominating the horizon, grand prix racing has returned to the Solent with the Fast40+ class exploding onto the scene

In under two years the Fast40+ fleet has grown from a nucleus of three boats to 14 competing in September’s 2016 One Ton Cup. More new builds and uprated existing boats are set to join the circuit from the UK, Sweden and Germany with 15-20 entries expected in 2017.

The offer
The Fast40+ is an owner-driver class of very high-performing boats with a maximum crew of 11 including five professional Cat3 sailors. The 2016 circuit consists of six rounds, all to count, the highlight being the One Ton Cup. The awarding of the One Ton Cup was made possible through the support of the Cercle de la Voile de Paris (Paris Yacht Club), recognising the profile of a growing class that they consider worthy of such a trophy. Hamble Yacht Services are the presenting partner for the event.

The class president
That the Fast40+ Class is growing has a lot to do with the tremendous support from the boat owners and supporting marine companies and regatta organisers. There has been a huge effort, which has resulted in the class expanding so quickly. Fast40+ owners have a substantial appetite to compete in these very quick boats, sailing faster courses in boats with more dynamic systems than traditional fleets. That said, it is not just about the boats, we have a very capable team of professionals running our programme. Former Olympian Stuart Childerley, race director and Andrew Yates, class measurer, are both highly respected within international racing circles.
Rob Greenhalgh

Main picture: after a successful programme with his previous Ker40, Andrew Pearce’s latest Magnum, a McConaghy built Ker 40+ went afloat earlier this season. But this class is hotting up seriously and the double IRC national champion team sits just outside the top 10 in the 2016 Fast40+ points series mid-season.
Below: a clever differential axle gives the Diverse backstay deflector the gearing required in a very compact package 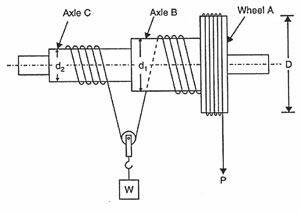 The class measurer
One concern is cost. So far the focus has been to limit the number of professional sailors. Next year we will look to introduce sail limitations and limit the number of big changes such as rigs and keels, probably by controlling the number of certificates that can be issued; ie once you have configured the boat for the season you can’t change it. Having said that, this is a development class; we use IRC to define basic parameters but we want designers to have freedom to work within those to develop the boats.
Andrew Yates

Technical delivery
The Fast40+ class is already proving fertile development ground. Having developed a 40ft specific winch and drop line package, working with Tropical Engineering and Lewmar, it seemed a logical step for Diverse Yacht Systems to move on to other size-specific hardware where simply scaling down TP52 systems didn’t feel appropriate.

The backstay deflector was one area that gave us an interesting problem to solve. An efficient solution was required that would be light and compact but that needed to be non-hydraulic, given the limited use of such systems on any 40ft boat.

We set about identifying a solution that would offer much greater efficiency than a rope purchase but could still be operated by a line in the cockpit. With our experience in creating the Harken ProTrim traveller system and increasingly popular Sheet Reelers, we looked to see if a similar concept of using a wheel and axle to create a mechanical advantage would work in this case.

Given the SWL of 1,250kg required to operate the backstay deflector (with a break load of 4,340kg), a simple wheel and axle arrangement would have led to an impractically large wheel that wouldn’t have fitted neatly at the bottom of the rig as we intended. However, by using a differential axle a similar concept was applicable but with a much smaller footprint.

After several prototypes we arrived at a design using a carbon chassis and load wheel with a one piece aluminium axle running on needle bearings to provide a simple and elegant solution. This compact system is now being adopted by many of the new Fast40+ designs as well as garnering plenty of interest from raceboats of similar sizes.
Lou Varney and Bob Cundell

Click here for more information on the Fast 40+ Class  »